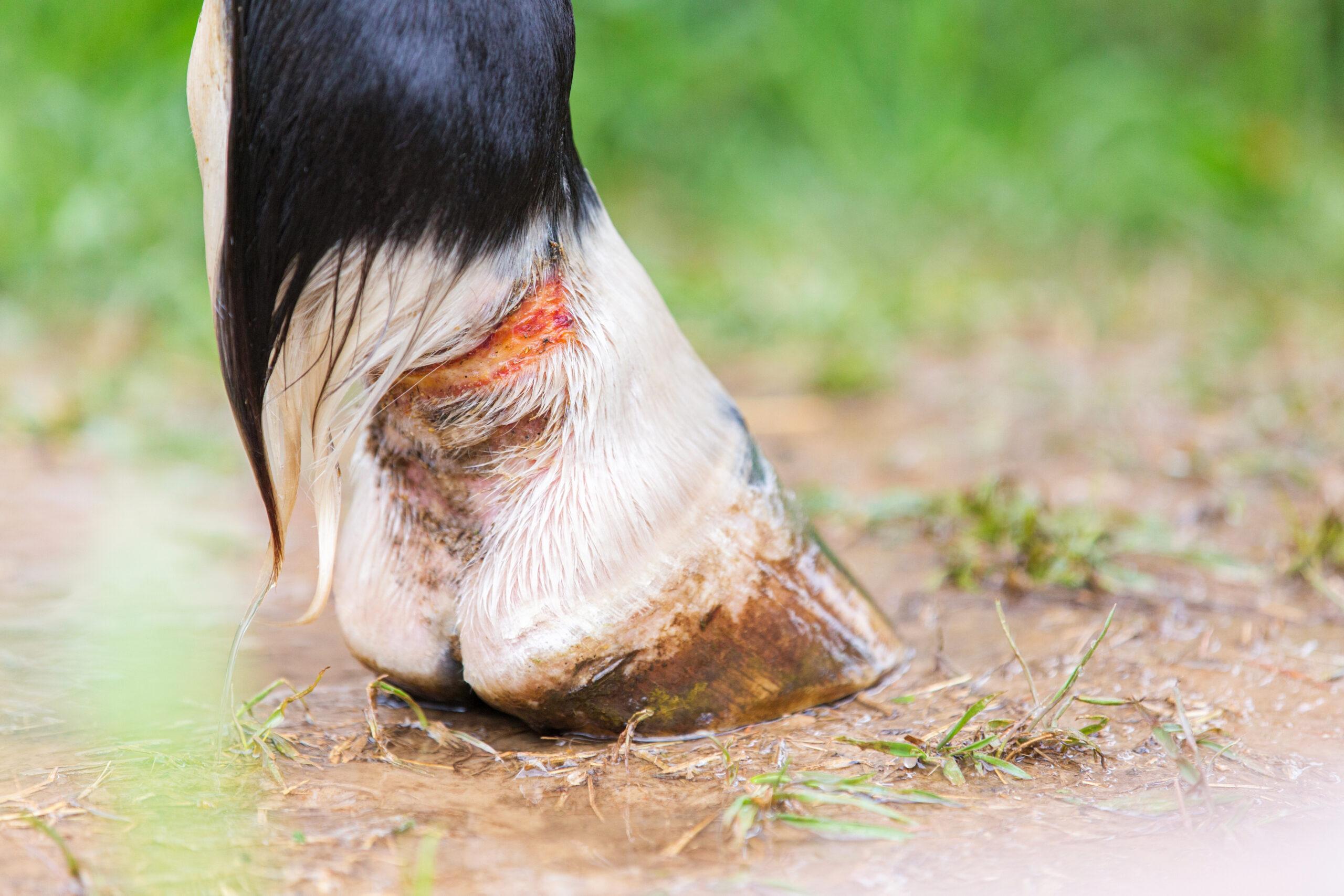 Exuberant Granulation Tissue (EGT), more commonly referred to as proud flesh, is a common complication of lower limb wounds in horses. In simple terms, it is when the initial wound healing phase is prolonged and too much granulation tissue is produced in the wound bed, thus preventing the wound from contracting and healing normally.

Proud flesh, or EGT, is effectively a state of chronic inflammation. It is often seen in wounds of the lower limb as it is often not appropriate to suture these wounds, so they are managed by secondary intention healing.

The lower limbs are the most susceptible regions to EGT and there are several reasons that mean horses are more likely to suffer this complication in lower limb wounds, such as:

The production of EGT becomes a vicious cycle as EGT further occludes local capillaries exacerbating the problem further. There are other aspects to the injury that can increase susceptibility to EGT, for example, wound contamination, foreign bodies, infection and necrotic tissue should always be removed and managed.

Radiographs of the affected limb should be considered as any dead or diseased bone or underlying osteomyelitis will also increase the risk of EGT. It must be noted that sometimes radiographic changes in the bone will take weeks to develop.

How the wound is managed can also result in proud flesh in horses. As described above, contamination and infection are significant risk factors and the early management of wounds should focus on decontamination, debridement of the wound and antimicrobial treatment to reduce the risk of infection. The limb should be immobilised as much as possible to aid a stable granulation bed. In this initial phase, bandages may need changing daily. It is recommended that when the granulation bed is complete, after approximately 5 days, the management of the wound is altered to reduce the risk of EGT. Bandaging can increase the risk of EGT as it will lower the oxygen tension at the surface of the wound.

Each clinician’s opinion may vary on how a wound is managed from this point and each case should be considered individually. Options from this point include: a) no bandaging at all; b) silicone wound dressings; c) corticosteroid treatment or possible skin grafting.

If EGT does occur, an investigation of risk factors should be performed and managed as appropriate. Surgical excision and debridement of the EGT will need to be carried out. This is imperative as the wound healing will not progress beyond this point if EGT is present. Horses are likely to require sedation for this procedure, but local anaesthetic is not usually required unless skin debridement is involved. There is often moderate haemorrhage after debridement and a pressure bandage should be placed to encourage haemostasis. Wound management can then continue from this point as described above.

Subscribe to the newsletter for exclusive offers, latest news and product launches